Is your charity retail business resilient enough for what’s approaching?

In early-November, I spoke at the Hospice UK National Conference and was fortunate enough to share many insightful conversations with CEOs and Finance Directors about the year they’ve had and their thoughts about 2022. The good news is that the sales figures achieved throughout charity retail since reopening in April were almost universally positive and retail has been one less thing for charities to worry about, particularly at a time when priorities have been, understandably, elsewhere.

However, that was not the end of the story. Another routinely shared opinion was a growing nervousness towards retail moving into next year. A feeling that, despite a great year for Charity Retail, now was not the time to sit back, pat ourselves on the back and assume this boom will long-continue. In fact, it was quite the opposite. With the current economic outlook appearing bleak there were several charities asking what they can do now to batten down the hatches as we sail towards a potential ‘perfect storm’ in 2022.

Why the apprehension?
1. Inflation is increasing fast
Whilst it could theoretically flatten, the resounding projections, based on current trajectory, is that inflation will exceed 6% by the middle of 2022.

2. Pay is increasing fast
In real terms (adjusted for inflation), total and regular pay are now growing at a faster rate than inflation, at 4.7% for total pay and 3.4% for regular pay.

Annual growth in total pay is currently 7.2% and regular pay 6.0%. However, since this growth is affected by base and compositional effects, interpretation should be taken with caution. Note: Base effects, are where the latest months are now compared with low base periods when earnings were first affected by the coronavirus (COVID-19) pandemic. Composition effect: A fall in the number and proportion of lower-paid jobs compared with before the pandemic. 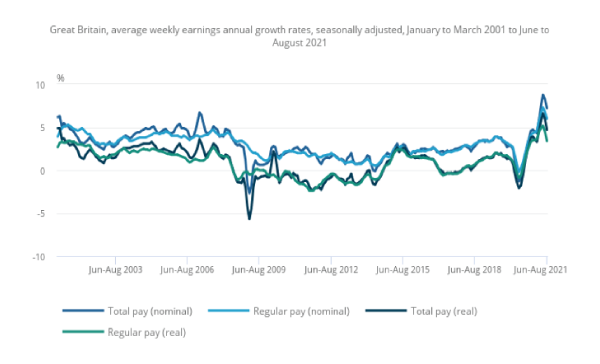 3. Record number of vacancies
An amazing statistic was released in October 2021, it is now official that there are a record number of vacancies in the UK which is now more than 1.1m. This has a considerable pressure on wages and is highly likely to continue the upward pressure on pay. The lorry driver shortage got high publicity, but vacancies are higher across many sectors, particularly care and retail. 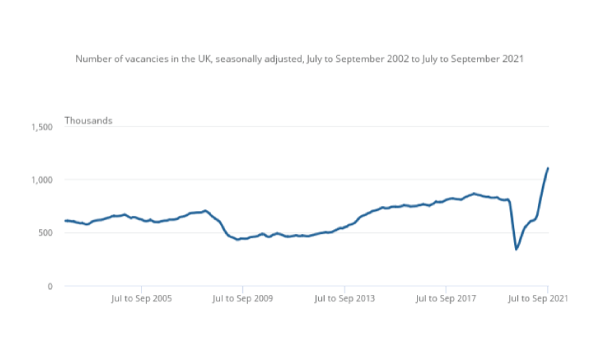 4. Sales will Decline
Not just in the Charity sector but in retail all together, sales will continue to slow down, as the economy tightens. Energy prices rising usually correlates directly with disposable income for the public and post-Christmas sales are projected to flatten considerably.

Retail sales volumes have fallen each month since April 2021 when non-essential retailing re-opened, and retail sales reached levels substantially above those before the pandemic. This is the longest period of consecutive monthly falls in the history of this series (which began in February 1996). However, sales remain 4.2% above the level seen before the pandemic (February 2020). 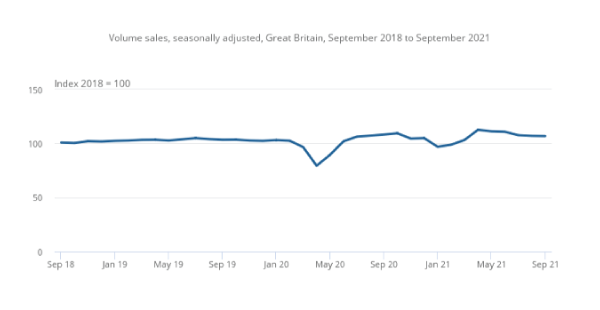 5. The Green agenda
The COP26 meeting might well be over but the planet emergency is driving change, and this is likely to have an impact on everyone. While some aspects will not affect people directly and immediately, many will as the government works hard to reduce greenhouse emissions. A good example is the banning on new petrol and diesel vehicles from 2030 and moving from gas boilers to heat pumps.
Some measures will directly affect businesses and charities, but the cost of reducing greenhouse emissions needs to be met. So be prepared for further tax rises and higher costs.

6. Other External Economic Factors
There are a range of external economic factors that will add to the perfect storm.
• Brexit tensions: There is highly likely to be is tensions caused by Brexit which are likely to range from Fishing to Northern Ireland and any of these could cause trade issues and supress growth, increase costs of many items which reduces disposable income for many people.
• Covid 19: The economic effects of covid globally and within the UK are likely to cause a tightening of fiscal policy, which often means higher taxes and either direct or indirect and reduces disposable income for many people.
• Interest Rates: It is becoming increasingly more likely that interest rates will rise from their current low levels several times over the next 18 months. This will reduce disposable income for many people.
• World Economy: The massive increase in fuel prices, which has directly impacted with greater costs of gas in homes and the massive effect on many dependent businesses, is a clear indication of what can happen.

Market reaction
Despite the strong performances in retail this year, the forward-thinking charities have had the foresight to recognise the oncoming storm and they know the cost to deliver their services are going to rise during the next 18 months. With income likely to be squeezed there are three options:

Many boards see retail (both bricks & mortar and ecommerce) as an opportunity to generate the additional revenue they will need to bridge the gap. Even though their retail revenue has been strong to this point they are now asking themselves the question “Are we really, hand on heart, getting every last drop of profit that we could out of our retail business?”
The key for these boards is not to reinvent the wheel but rather to optimise what they currently have.

The good news is that my team and I have helped many charities who were feeling nervous about the future. The bad news is that every charity is very different and there is no ‘one size fits all’ solution I can give. I may not even be able to help. But if anything in this blog has struck a chord and you would like a brief discussion about you and your charity to see if there is a bigger conversation to be had then please give one of my team a call or drop them an email (details below)

Skyline Business Services are experienced charity retail leaders who offer a personal and bespoke service to our customers. These range from charities with small retail businesses or about to start out in retail to some of the largest charity retailers in the UK. The constant is everyone in our team is totally addicted to making a difference. Our team provide charities with the support they need to achieve their goals. Our breadth of experience and dedication empowers countless charities to optimise the return from their retail outlets.
If you would like to find out more about our Health Check or any of the other ways that we have helped so many charities with their retail business, please get in touch at enquiries@skylinebusinessservices.co.uk or on 0208 050 7514. 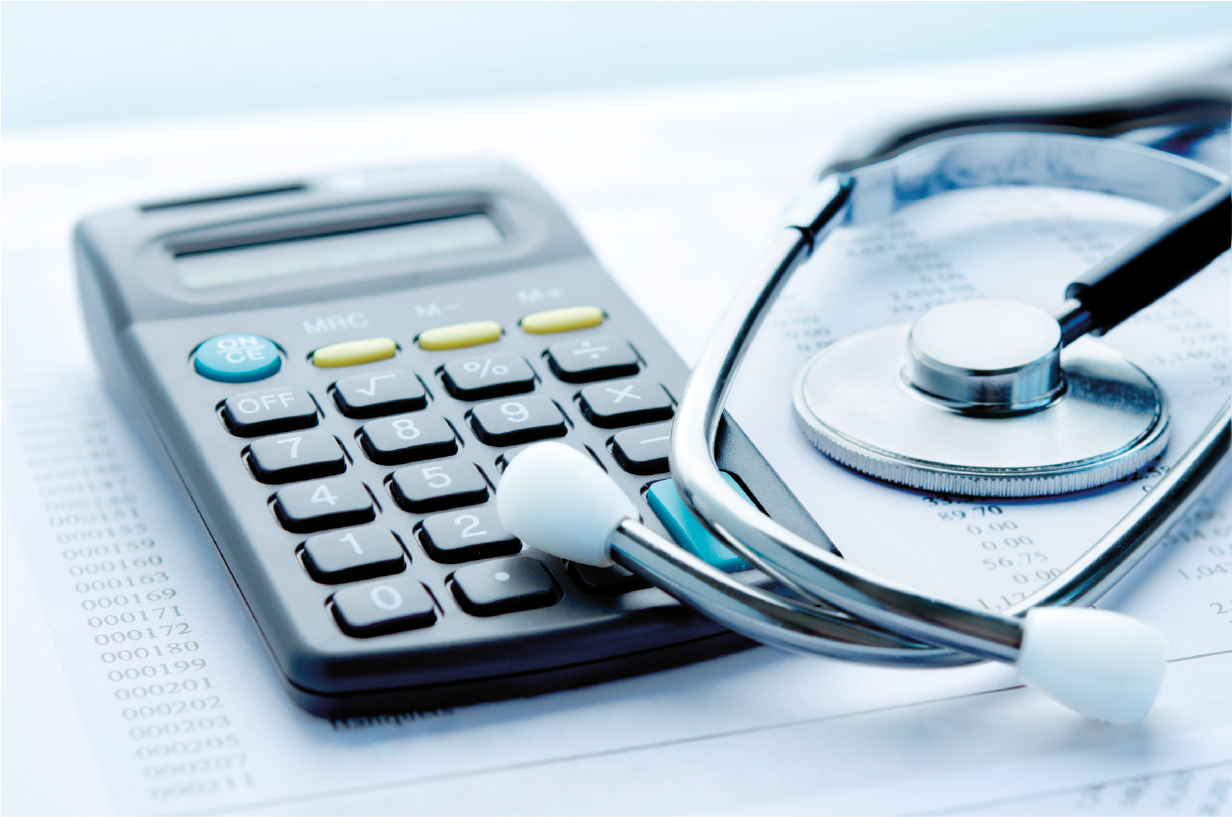 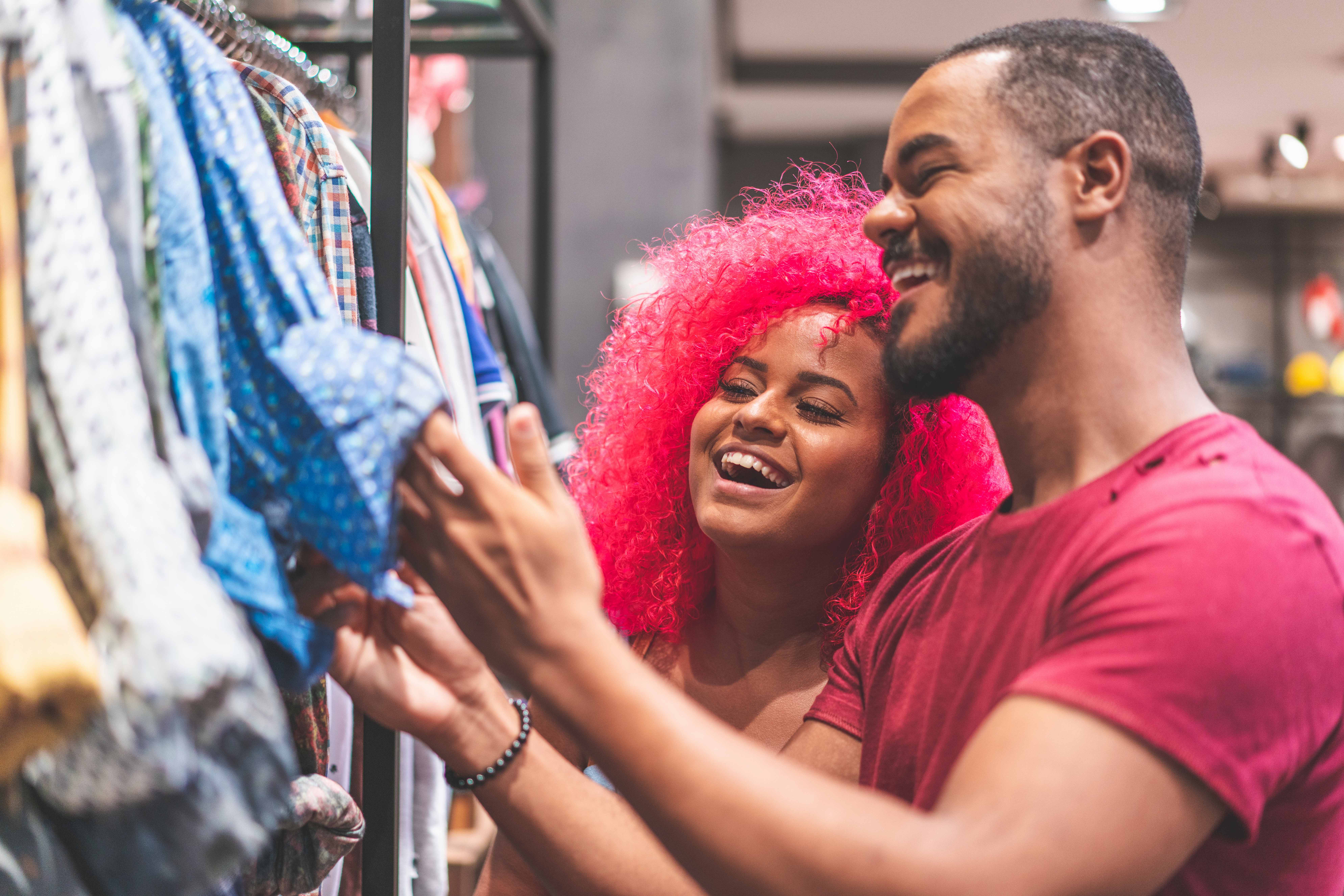 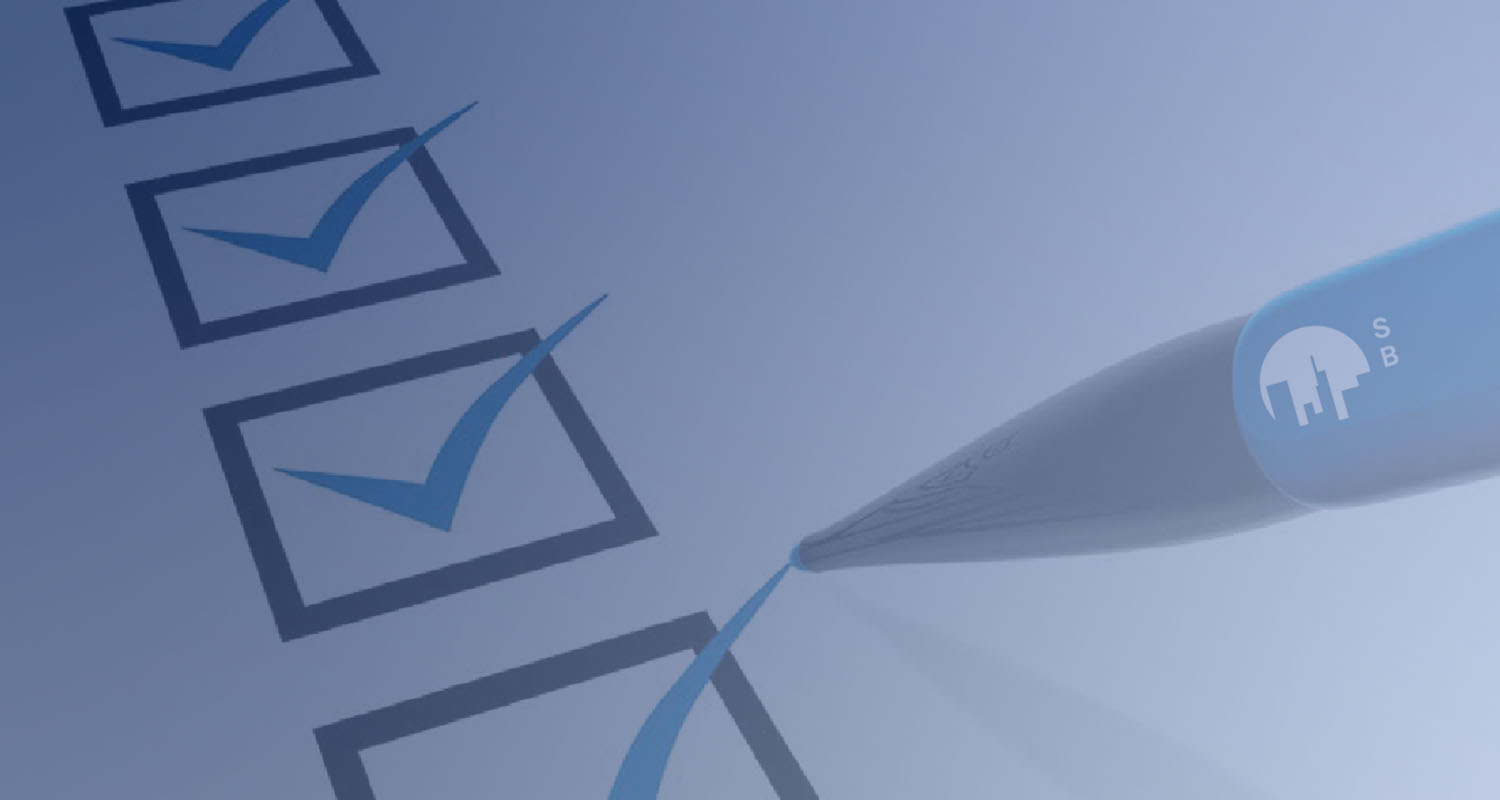 After the strains of 2020 and 2021 most people are looking forward hopefully to some normality in 2022 but the landscape will inevitably be quite different to life before 2020. Our blog ‘The perfect storm’ sets out clearly the reasons
Read More »
24 January 2022 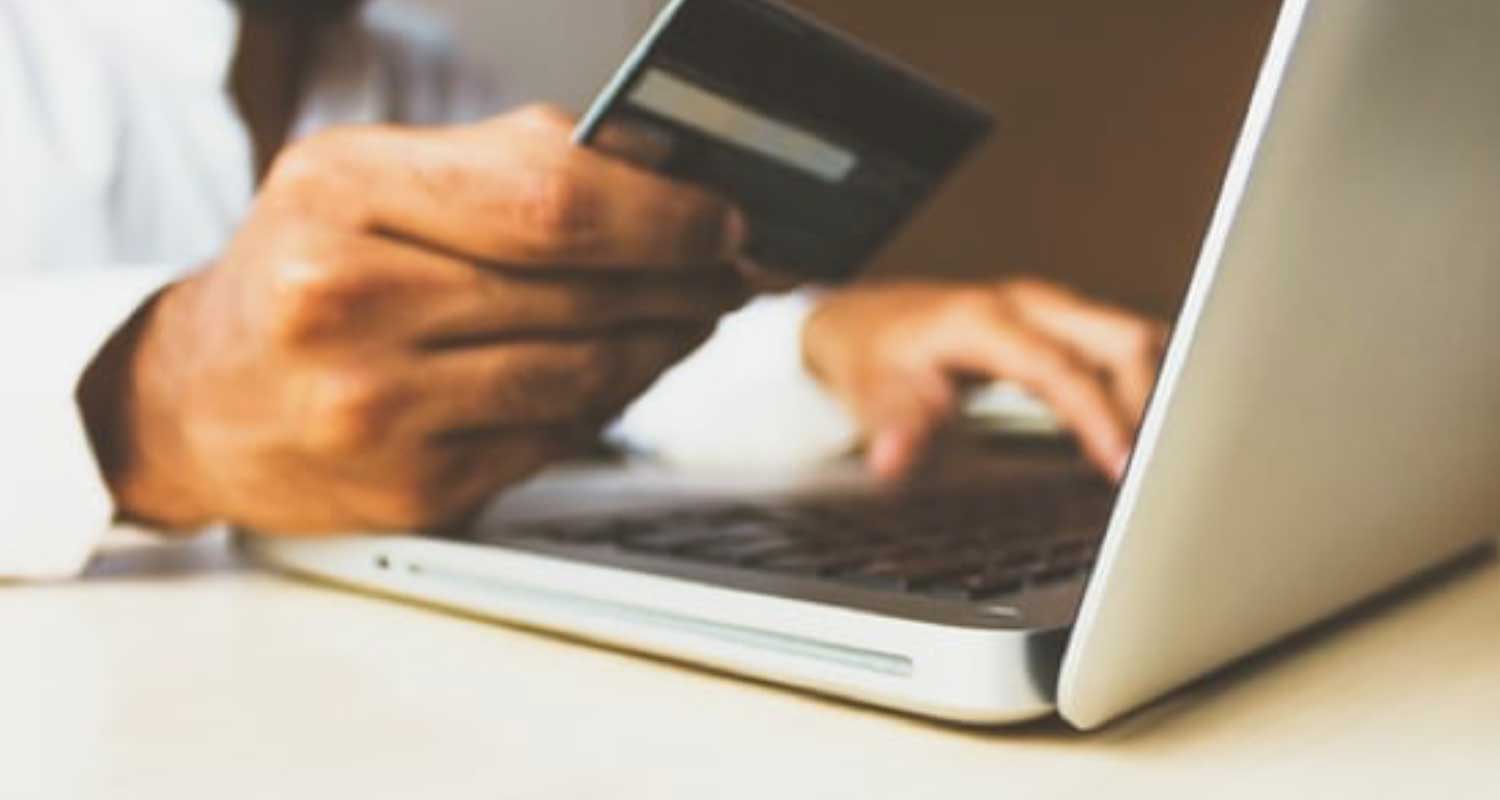 The glass ceiling is a metaphor for the invisible barrier that prevents some people from rising to a higher level. The term is most often associated with the workplace and, more specifically, the career ladder. Crucially it refers to the
Read More »
18 October 2021 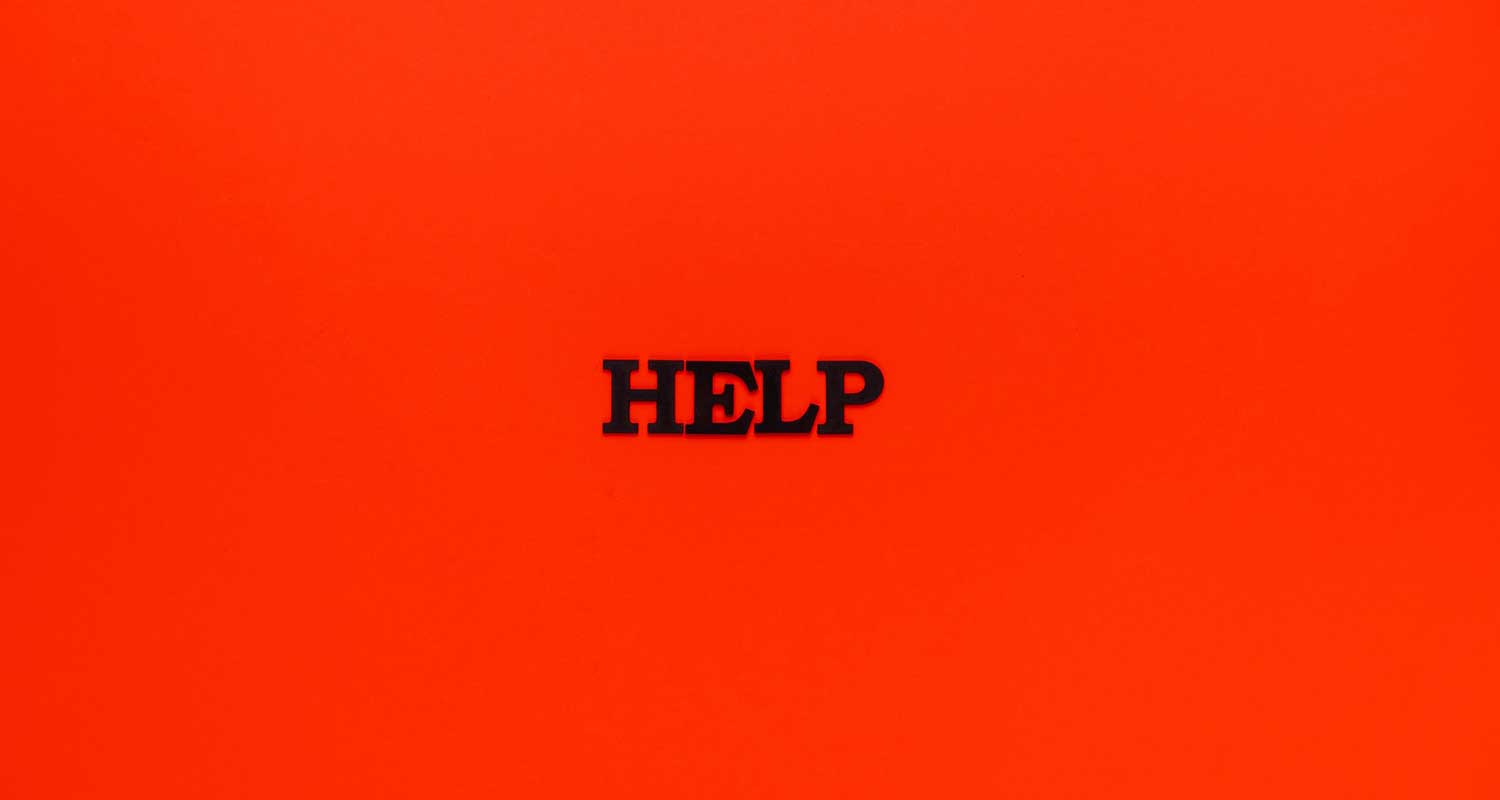 Are Retail Vacancies Holding Your Charity Back?

The Office for National Statistics has revealed that the number of job vacancies rose by 290,000 between May and July from the previous three-month period, to 953,000. That’s the highest level since records were started. Whilst haulage and other driving
Read More »
15 September 2021 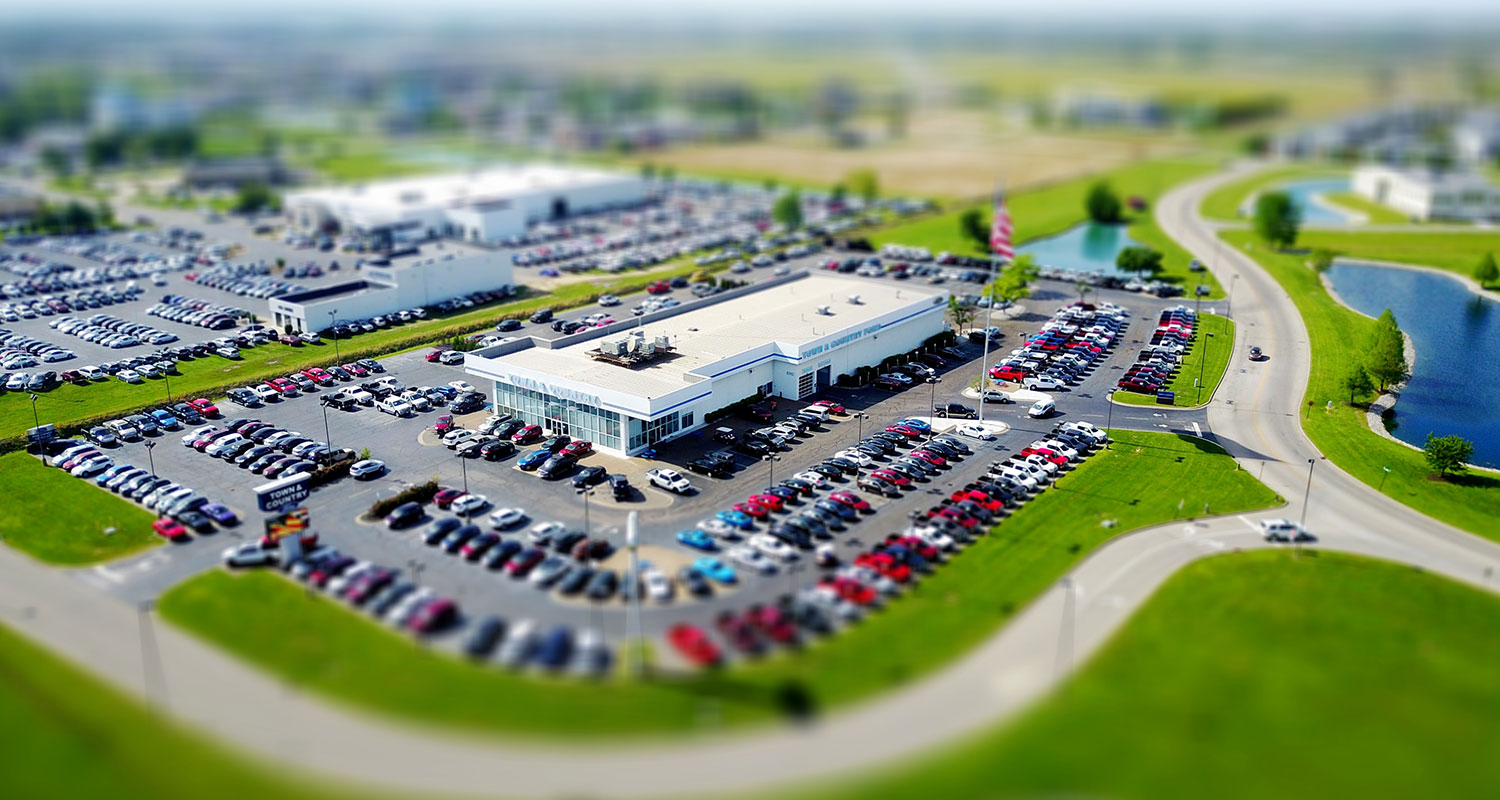 The Olympics might be over but there is another race that’s starting to seriously heat up. It’s official – when it comes to Charity Retail, the ‘Superstore Race’ is in full swing! Everyone knows within real estate, business, commercial retail,
Read More »
24 August 2021